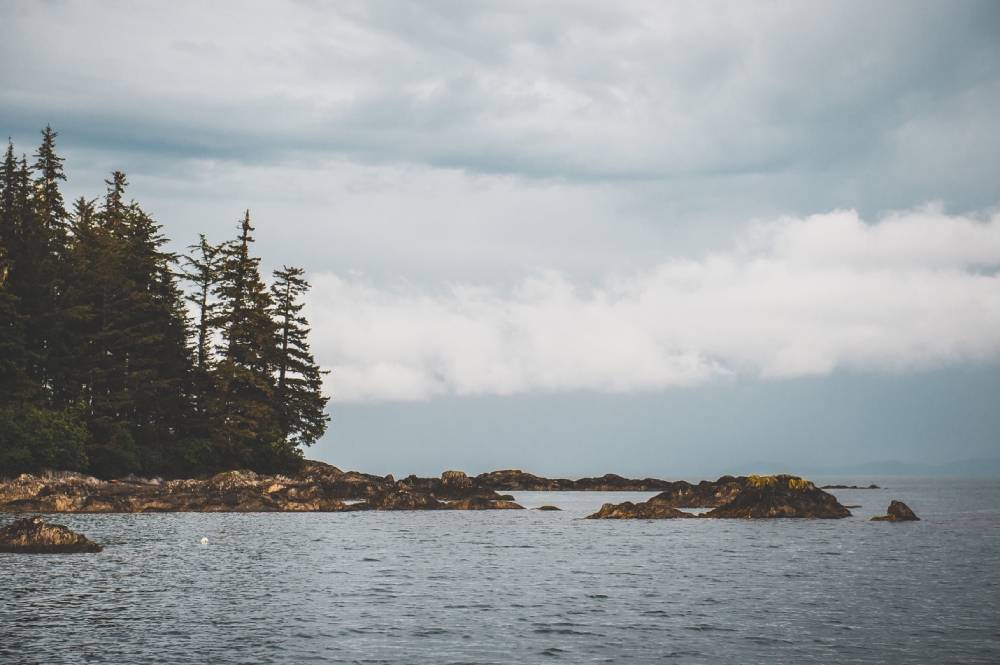 What do we mean when we say that the North Pacific is “the world’s richest waters”? It’s a long story, in terms of time and distance!

The North Pacific is the end of the great ocean conveyor belt, a large-scale ocean circulation. Here’s how it works: Warm surface waters from the tropics, made salty by evaporation, travel along the surface into the North Atlantic. Around Greenland and Iceland, the surface waters are cooled during winter storms and made more salty by the production of sea ice. That makes the water more dense, and causes it to sink, thousands of meters below the surface. That water travels along the bottom of the Atlantic Ocean to the Southern Ocean, where more cold water can be added during Antarctic winters. The cold salty bottom current travels around Cape Horn and the Straits of Magellan into the Pacific and Indian Oceans. In the North Pacific and Indian Oceans that water, pushed by the water behind, runs out of ocean bottom and upwells towards the surface. This process takes something like 1000 years. 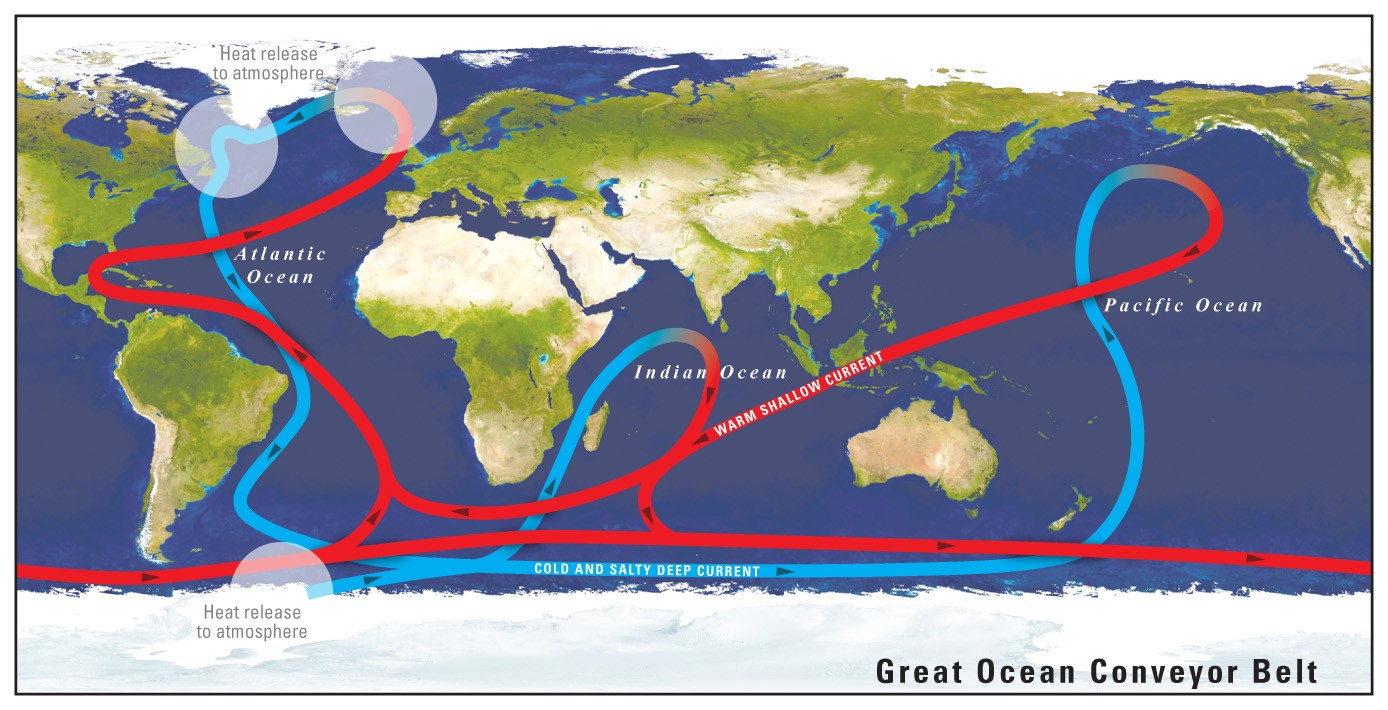 During its 1000-year journey along the bottom, the waters of the conveyor belt receive a constant rain of organic matter from above, through what oceanographers call the biological pump. Near the surface, single celled plants called phytoplankton take up nutrients and use sunlight to photosynthesize and grow. When the phytoplankton run out of nutrients, they get sticky and start to sink; they can also be fed upon by zooplankton who produce fecal pellets that sink rapidly. In simple terms, everybody dies and everybody poops; what’s left over tends to sink. 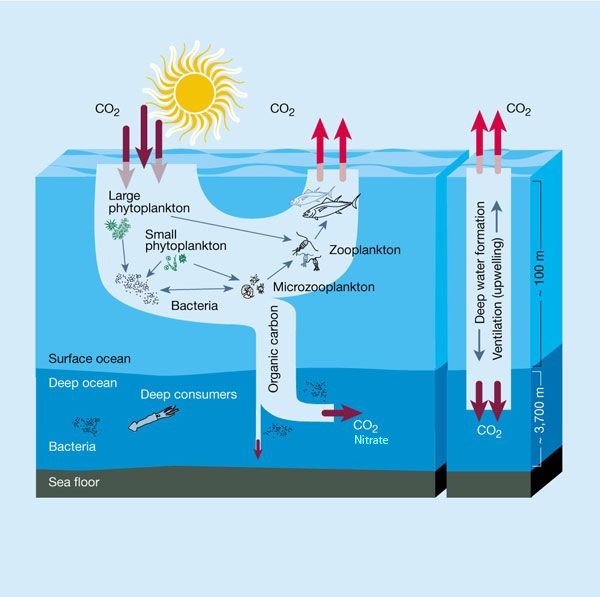 Caption: The biological pump. Producers near the surface produce a rain of organic material to deep waters, where it is decomposed and released in a process called remineralization. Organic material can also be directly moved upwards and downwards by deepwater formation and upwelling (right side).
Image credit: Nature: https://www.nature.com/articles/35037696/figures/1

Once away from the sunlit surface waters, that organic matter is mostly decomposed by bacteria, which releases some of the organic material back to a dissolved form. Carbon is released as carbon dioxide, and nitrogen containing compounds are released and mostly converted to a dissolved form called nitrate. By the time the conveyor belt reaches the northern North Pacific, it has a thousand year accumulation of nitrate, among the highest concentrations in the world.

Phytoplankton require a nitrogen source to grow, and nitrate is a pretty good one. As the deep waters of the conveyor belt start to upwell in the North Pacific, they become shallow enough that they can be mixed up by the impressive storms that march across the North Pacific every year, which carries some of that nitrate to the surface. Once spring returns and days get long enough, phytoplankton turn sunlight and that nitrate into a riot of growth, which feeds the zooplankton, who feed the fish, who feed bigger fish and so on, up the rest of impressively productive North Pacific ecosystem. 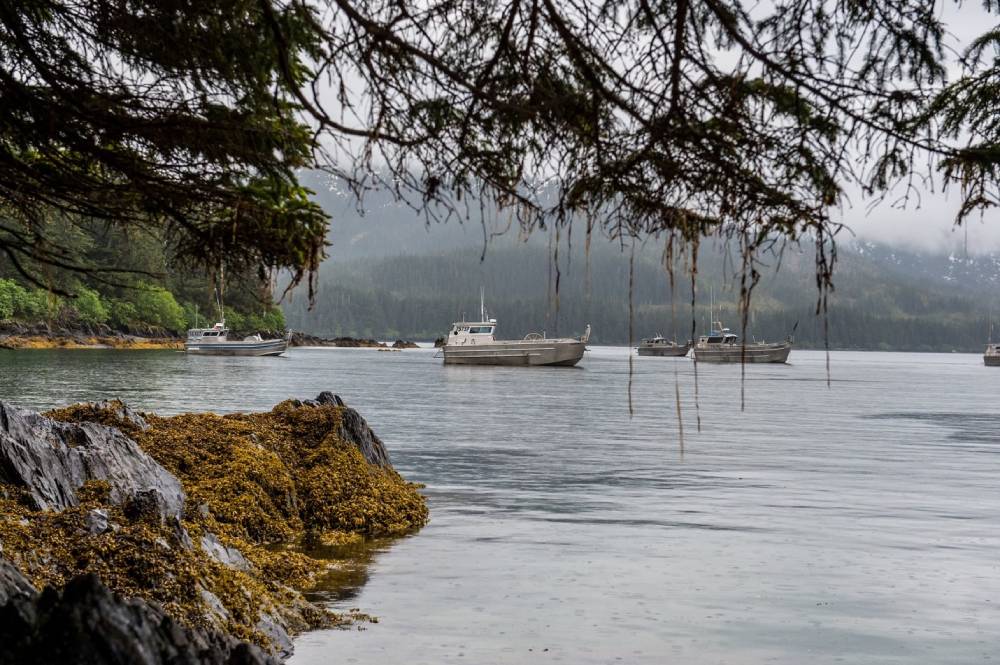 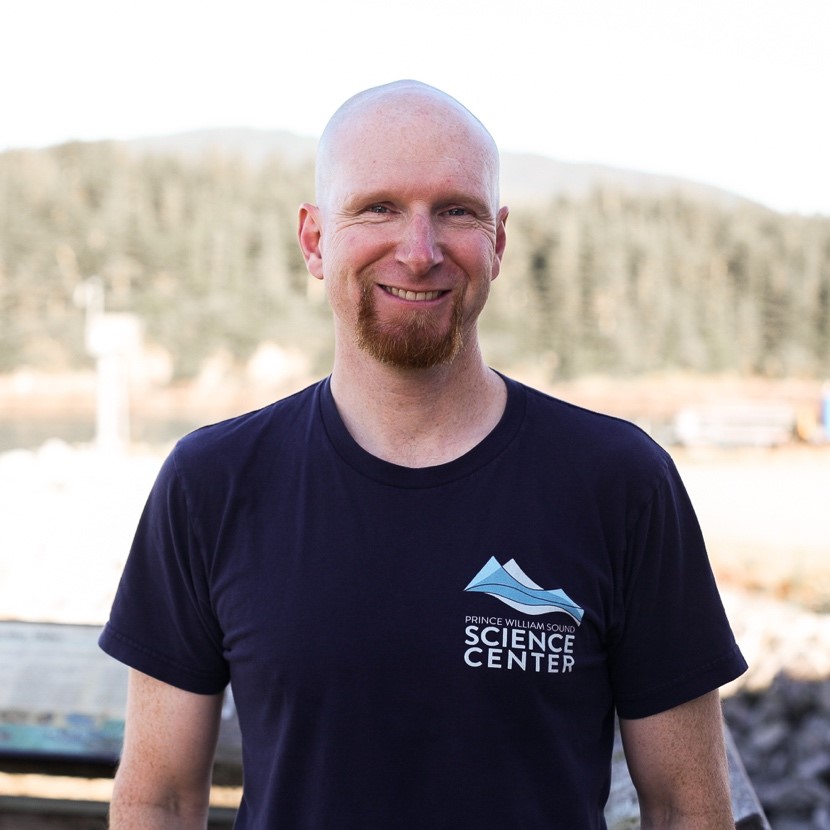 Rob Campbell, Ph.D., is a biological oceanographer and came to Prince William Sound Science Center via the University of Hamburg following a doctorate at the University of Victoria. His current research is primarily observational and centered around trying to understand how plankton and fish interact with the physical environment (temperature, salinity, nutrients) to produce the patterns we see in nature. Current projects include surveys of plankton and oceanography in PWS; Process studies of the seasonal evolution of the surface oceanography in PWS with an instrumented moored profiler; studies on the distribution of nutrients, plankton and fish around the plume of the Copper River. He is also interested in the use of ecophysiological measurements (lipids, protein, enzyme assays) for the estimation of rate processes, and the influence of biochemical content in the control of buoyancy by marine plants and animals. Rob also runs a sonar weir in the lower Copper River in spring to aid management of the Copper River salmon fishery.